Fighting the Frankenfish! | Investigating the Range of the Northern Snakehead in the Lower Hudson Valley

Fighting the Frankenfish! | Investigating the Range of the Northern Snakehead in the Lower Hudson Valley 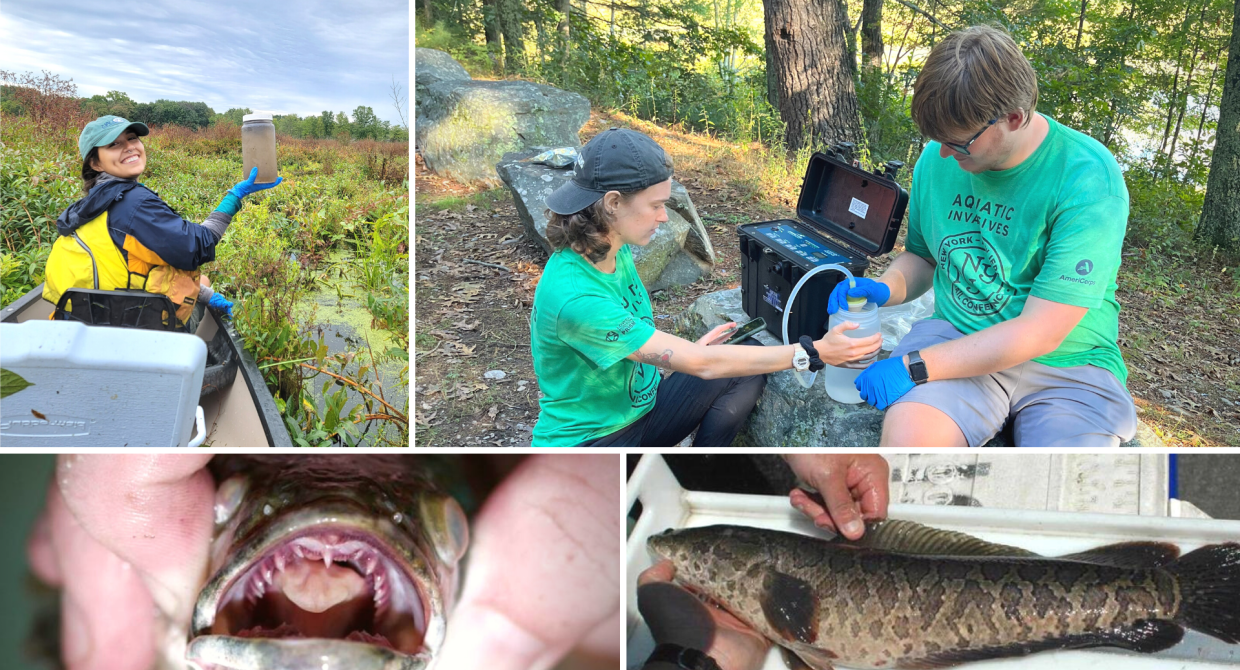 Did you know there is a fish (with teeth!) that can live days out of water that is threatening the waterways of the Lower Hudson Valley?

Allow me to introduce you to the invasive northern snakehead (Channa argus), a predatory fish native to Asia most likely introduced to New York through natural dispersal and potentially through aquarium dumping and accidental, as well as intentional, releases from fish markets. This fearsome fish can consume fish up to 1/3 of its size and eat everything from native smaller fish, larvae, beetles, and frogs and has no natural competition.

Although this species prefers to live in stagnant shallow ponds or swamps, it can inhabit any of our canals, reservoirs, lakes, and rivers - making it a concerning threat.

To combat this threat, our very own Aquatic Invasives Strike Force (AISF) crew has been assisting with eDNA testing conducted by the NYS Department of Environmental Conservation and the U.S. Fish & Wildlife Service at Bashakill Wildlife Management Area.

Environmental DNA or "eDNA" testing is a relatively new technique where a medium from the environment (in this case water) is collected and then filtered through a membrane that collects the medium's biological material. Following this, standard DNA extraction and amplification techniques are utilized to analyze the animal DNA present. This technique is a great tool for finding cryptic species that are difficult to survey visually, like the northern snakehead.

The goal of this testing is to determine how far the snakehead population has spread in our region - with an emphasis on preventing that spread into the Hudson River Watershed.

Through this project, the AISF crew has gained valuable, firsthand experience working with both the NYSDEC and USFWS, as well as the opportunity to explore the scenic gem that is the Bashakill WMA.

Permalink Submitted by Visitor (not verified) on Sat, 11/19/2022 - 06:28
I think there is an error in the article on northern snakehead fish - please check. I believe it should say this species can consume up to 33% of its body weight, not length. Or clarify that it can take prey that is up to 1/3 of its own body length.
Trail comments ratings:
0
No votes yet